Before the broadcast, synaesthetic composer Deborah Pritchard discusses her new composition and explains her approach to composing and visualising music in a talk at 2.45pm at UNISON Centre, close to St Pancras Parish Church. 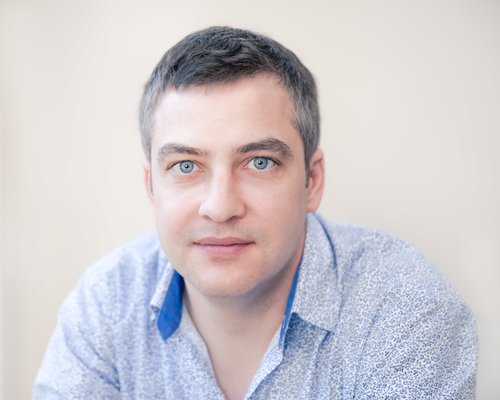 The music of Bernard Hughes has been performed at major venues in Britain and abroad and received a number of broadcasts on BBC Radio 3. A CD of his choral music, I am the Song, was released in 2016 on Signum Classics. Bernard’s music featured on the Horrible Histories film Bill (2015).

Bernard has been commissioned by the BBC Singers, the Crouch End Festival Chorus and Juice Vocal Ensemble receiving performances at the Huddersfield, Spitalfields and City of London Music Festivals, and at venues including St Paul’s Cathedral and Symphony Hall, Birmingham. Major projects include The Death of Balder, a large-scale choral work for the BBC Singers on a Norse myth re-told by the distinguished novelist and scholar Kevin Crossley-Holland; Bernard & Isabel, for narrator and orchestra, premiered at Symphony Hall in Birmingham in December 2010; the children’s opera Chincha-Chancha Cooroo, commissioned and premiered by W11 Opera in London, and the chamber opera Dumbfounded!, based on a short story by the Edwardian writer Saki, premiered at the Tête à Tête Opera Festival in London in August 2008.

Other commissions include I Sing of Love for the Seattle Pro Musica choir and All Across this Jumbl’d Earth for the Three Choirs Festival, both in 2012. 2014 saw a new piece for the experimental vocal trio Juice, premiered at the National Portrait Gallery, and Salve Regina for the Crouch End Festival Chorus. Recent commissions include The Knight Who Took All Day, a new work for narrator and orchestra, a collaboration with Hertford Symphony Orchestra and the artist James Mayhew, and O du Liebe meiner Liebe for pianist William Howard’s Love Songs project. The choral work Two Songs of Spring was premiered at St John’s, Smith Square in March 2019, and other recent performances have included the BBC Symphony Chorus broadcasting Christmas Bells and the chamber choir Londinium reviving A Medieval Bestiary, written for the BBC Singers.

Bernard studied Music at St Catherine’s College, Oxford, graduating with a first-class degree. He subsequently studied composition at Goldsmiths College, London under Peter Dickinson, and privately with Param Vir. He was awarded a PhD in Composition from Royal Holloway College, London, studying with Philip Cashian. He is Composer-in-Residence at St Paul’s Girls’ School in London, and in that capacity has written numerous works including the anthem L’Imagination, premiered at St Paul’s Cathedral, and Gooseberry Fool, released as a charity fundraiser.

Bernard Hughes’s music is published by Wild Woods Music, Novello and Cadenza Music. It has been broadcast on Radio 3 and King FM in Seattle, and he appeared as a conductor on the Channel 4 series Howard Goodall’s Twentieth Century Greats. Bernard writes regularly for theartsdesk.com cultural review website.

Sarah Cattley is an award-winning composer based near Cambridge, where she studied Music at Newnham College. Her composition teachers at university included Joseph Phibbs and Cheryl Frances-Hoad.

Sarah’s choral music has been performed across the United Kingdom, in Ireland, and in Sweden. A number of her works have been performed by chamber choir Granta Chorale, most notably in Ely Cathedral Lady Chapel, Saffron Hall and the chapel of St John’s College Cambridge. While at Cambridge she sang with the chapel choir of Fitzwilliam College, for whom she wrote a set of responses and an evening service, both of which were performed in Truro Cathedral in July 2017. That same month in Canterbury she won Caritas Chamber Choir’s inaugural International Young Composer Competition with her piece The Pardoner’s Song, which was subsequently recorded and released on the CD A Caritas Collection in 2017. As Caritas Composer of the Year 2017-18, she has enjoyed a close relationship with the choir, having been commissioned to write several more works for them, including an Ave Maria for their Christmas concert and a setting of the Easter text Haec Dies for their tour to Sweden in April. Some of her choral music is published by MazeMusic.

Sarah also writes chamber music. In 2012, her piece Quartet in Sepia was performed by members of the Britten Sinfonia in a concert in St Mary’s, Saffron Walden, as part of the Cultural Olympiad. Her trio Circle Dances for piano, viola and bass clarinet received its second performance in Haywards Heath in 2017. In the same year she participated in Colchester New Music’s New Structures in Composition project, for which she used an algorithm to set Robert Herrick’s poem A Ternary of Littles to music for piano duet which was performed in Fitzwilliam College Chapel.

More recently her performances have included the premières of Sicut Cervus, which was shortlisted for Buckfast Abbey’s Composition Competition; Prayer of Richard Rolle, written for Ripon Cathedral’s New Music Week in May 2018; and The Basilica Remembers A Maestro, a finalist in the National Centre for Early Music’s Young Composers Award performed by the English Cornett and Sackbut Ensemble.

Joshua Ballance is currently studying for an MPhil in musicology at King’s College Cambridge, where he studied for his undergraduate degree, achieving a Double First in Music. Whilst pursuing his undergraduate degree, he was awarded an academic scholarship, and received various prizes and grants for his academic work. Alongside this he conducts, composes, and plays the cello.

His interest in conducting began with the student conducting programme of the London Schools’ Symphony Orchestra, under Peter Ash, before going on to study with Roland Melia. He conducts extensively with King’s College Music Society: notable performances include Strauss’s Eine Alpensinfonie, and Sibelius’s Second Symphony. Whilst an undergraduate, he won the Cambridge University Symphony Orchestra conducting competition, and was appointed their Senior Conductor, recently performing Berlioz’s Symphonie fantastique with them. In addition to these ensembles, Joshua has worked with orchestras around the country, including the Orion Orchestra, Leicester Symphony Orchestra, and Hereford String Orchestra. He has also attended the Aberystwyth Festival conducting course, receiving coaching from Toby Purser and James Henshaw, and participated in masterclasses, including with Andrew Gourlay, Michael Seal, and Nicholas Cleobury.

Joshua has a particular passion for contemporary music, which has led him towards composition, studying with Dr Sinan Savaskan, Dr Christian Mason, and currently with Julian Anderson. He has also received tuition from Raymond Yiu and Mark Andre, amongst others. He has been commissioned by ensembles including the Octandre Ensemble and the New London Children’s Choir. He spent a year as a composer with the National Youth Orchestra of Great Britain, and has previously attended the Darmstadt International Course for New Music. His music has been performed in many prestigious venues around the country and internationally, including Westminster Abbey, the Tate Britain Gallery, Iceland’s Hallgrimskirkja, and all the major chapels in Cambridge.

Since studying composition at London’s Royal Academy of Music, Roxanna Panufnik has written a wide range of pieces including opera, ballet, music theatre, choral works, chamber compositions and music for film and television which are regularly performed all over the world.

Among her most widely given works are Westminster Mass, commissioned for Westminster Cathedral Choir on the occasion of Cardinal Hume’s 75th birthday; The Music Programme, an opera for Polish National Opera’s millennium season which received its UK premiere at the BOC Covent Garden Festival; and settings for solo voices and orchestra of Vikram Seth’s Beastly Tales, the first of which was commissioned by the BBC for Patricia Rozario and City of London Sinfonia.

Other compositions include the critically acclaimed harp concerto Powers and Dominions; Letters from Burma for oboist Douglas Boyd and the Vellinger String Quartet; Leda, a ballet for English National Ballet and Wratislavia Cantans; and Abraham, a violin concerto commissioned by Savannah Music Festival for Daniel Hope that incorporates Christian, Islamic and Jewish music, later reworked into the overture Three Paths to Peace for the World Orchestra for Peace and premiered in Jerusalem under the baton of Valery Gergiev.

Recent premieres include her oratorio Dance of Life, in Latin and Estonian, incorporating her fourth mass setting, written for multiple Tallinn choirs and the Tallinn Philharmonic Orchestra; Four World Seasons for violinist Tasmin Little and the London Mozart Players, which was broadcast live on BBC Radio 3 to celebrate the 2012 Olympics; and Memories of my Father (2014), commissioned and recorded by the Brodsky Quartet.

Current projects include a commission for Garsington Opera’s 2017 Season and recording her Four World Seasons with Tasmin Little and the BBC Symphony Orchestra for release on the Chandos label.

Panufnik is Associate Composer with the London Mozart Players. Her compositions are published by Peter’s Edition Ltd and recorded on labels such as Warner Classics, Chandos, Signum and EMI Classics. 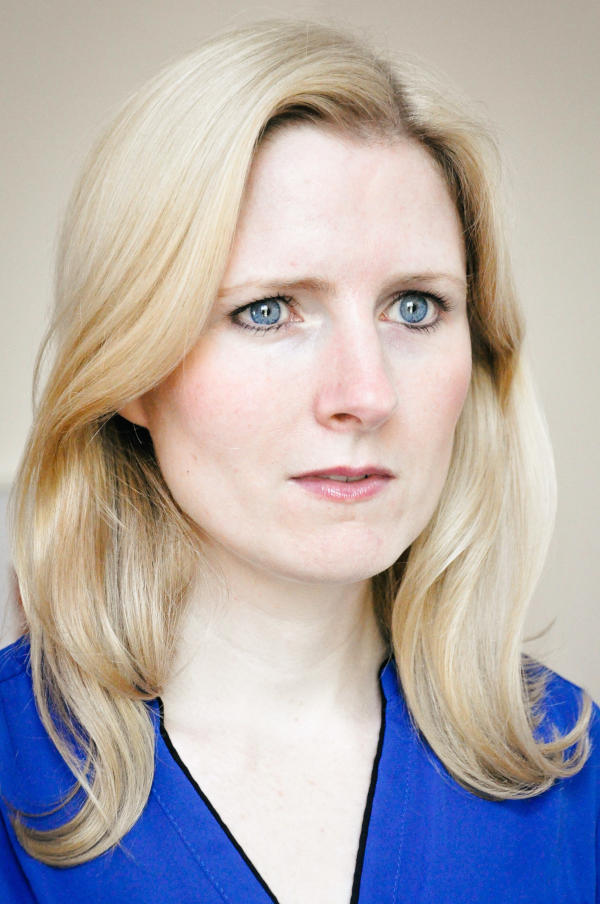 Deborah is a synaesthetic composer and her large orchestral piece The Angel Standing in the Sun, after the painting by JMW Turner, was commissioned by the London Symphony Orchestra (Panufnik Scheme) and premiered by Martyn Brabbins and the BBC National Orchestra of Wales at the Lichfield Festival in 2016. Her violin concerto Wall of Water, after the paintings by Maggi Hambling, was performed at the National Gallery by violin soloist Harriet Mackenzie and the English String Orchestra, conducted by Kenneth Woods in 2015 and held to critical acclaim by Gramophone as a “work that will take one’s breath away”. She also paints music and has been commissioned a series of ‘music maps’ for the London Sinfonietta, described in The Times as “beautifully illustrated … paying visual homage to those wonderful medieval maps of the world”. Choral works include Benedicite for choir and trumpet commissioned to celebrate the Tercentenary of Worcester College, Oxford, premiered by Simon Desbruslais and the Worcester College Chapel Choir, conducted by Nicholas Freestone in 2014, and EXODUS, selected by BASCA for performance by the BBC Singers, conducted by James Morgan in 2018.

Deborah was awarded an entrance scholarship to study composition with Simon Bainbridge for her MMus Degree at the Royal Academy of Music, subsequently holding the post of Junior Manson Fellow, and was awarded her Dphil from Worcester College, Oxford where she studied with Robert Saxton. She currently teaches composition tutorials at the University of Oxford.

Alex Woolf is ‘one of the UK’s freshest new composing voices’ (PRS For Music), and has composed music for a wide variety of artists and ensembles, including Sir James Galway, London Symphony Orchestra, The Tallis Scholars, Colin Currie, and The Choir of St John’s College, Cambridge. Described by Gramophone as ‘a major presence’, Alex has received commissions from organisations including the Royal Philharmonic Society, BBC Radio 3, the Lutheran Church of America, Classic FM, The Arts Society, and Aldeburgh Music.

Alex’s choral and vocal output has received particular acclaim. O Vos Omnes (2015) has been recorded by The Choir of St John’s College, Cambridge for release on the Signum label in 2019. Alex won the inaugural Sir David Willcocks Carol Competition – adjudicated by John Rutter and David Hill – with Nowell! (2017), first performed at Cadogan Hall; also in 2017 his anthem Come and See was performed at The Cathedral of St John the Divine, New York, to mark the 500th anniversary of the Reformation. Three Tempestuous Tunes (2012), for Nicky Spence and Malcolm Martineau, was lauded by International Record Review as ‘wholly affecting’; and his NHS Symphony (2018) has been nominated for an ARIAS Award, and was praised as ‘groundbreaking’ (The Times) and ‘haunting’ (Metro).

This season, Alex’s commissions include new works for the Philharmonia, Ludlow English Song, the Rodolfus Choir, the Lipatti Quartet, and the London Mozart Players.

Alex is currently recipient of the Royal Philharmonic Society Composition Prize, and was formerly BBC Young Composer of the Year. In 2017 Alex was a member of the London Symphony Orchestra’s Panufnik Composers Scheme, and was also a Classic FM 25th Birthday Composer.

Alex graduated with a double First from St John’s College, Cambridge University, subsequently completing his Master’s degree at the Royal Academy of Music, where he studied with David Sawer, Huw Watkins, and Oliver Knussen.