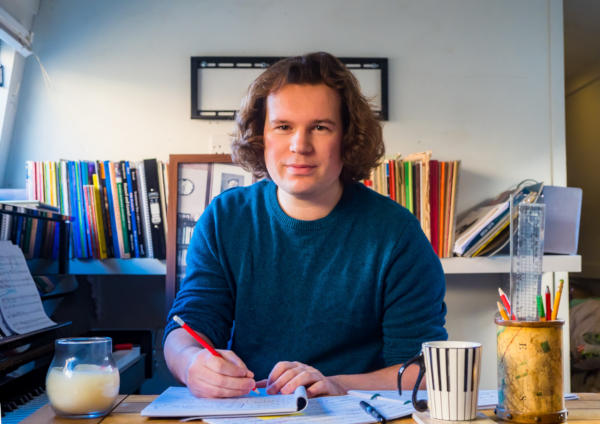 Jonathan Pease graduated with an MA in Music from Cambridge University in 2010, where he studied composition with Giles Swayne. He is a prolific composer and librettist. Scheduled within the next year are the first performance of Concrete Music, a full-length opera about the death of a 1960s architect, at Poplar Union; a professional recording of Marginalised Groups, a chamber opera about an office argument, commissioned by Teatime Opera; and the release of Whither I go, ye cannot come, a music video based on a Passion setting, directed by David Jones. His first opera, These Things Happen, depicting a group of people discussing their romantic problems in a bar, was performed at the Courtyard Theatre, Hoxton, in 2012; and a children’s opera about a near-fatal boating accident, St Luke’s Shipwreck, first came to life in 2016. He was a finalist in the 2012 ENO Mini Operas competition and the 2015 Opera UpClose Flourish competition.