An innovative collaborative event that takes a journey into the world of music and movement, adding a fascinating new dimension to the traditional organ recital. Four groups from London Contemporary Dance School are joined by organist Paul Plummer in this presentation of new dance works accompanied by organ music submitted to the Festival’s “Call for Scores” project.

Four groups of choreographers and dancers compose and perform new interpretations of selected organ works, exploring topics of agency and control, restlessness, the dichotomy of comfort and unease, and the art of surrendering to the present moment. 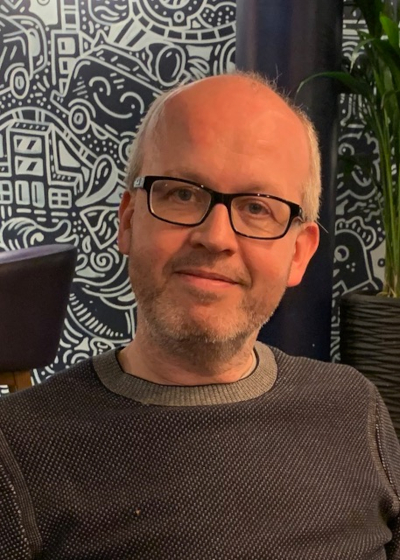 Paul Plummer was Organ Scholar of New College, Oxford before moving to London to study piano accompaniment. He worked as Assistant Organist of St Marylebone Parish Church and Director of Music at St Stephen’s, Gloucester Road. At St Stephen’s in 1998, he set up the Rush-Hour Recital series which continues to attract substantial interest and is connected to the nearby Royal College of Music. He also oversaw the rebuild of the church’s large Norman & Beard organ before leaving in 2002.

Organ recital engagements include St Paul’s Cathedral, Westminster Abbey, and Westminster Cathedral; he has also played on tour in the United States with the Cathedral Singers of Christ Church, Oxford and deputised in many British cathedrals. From 2008 to 2013 he lived in Germany and Austria, working as a pianist in opera houses, but has since been back in the UK working as a freelance vocal coach and piano accompanist. He has worked as a vocal coach for the young artist programmes of The Royal Opera and for the Polish National Opera in Warsaw, and accompanies rehearsals regularly for London choirs such as The BBC Singers and Chorus of Opera Rara. In October 2016, he was organist for the acclaimed CD of choral works by William Petter, Ablaze with Light.

During the Covid period Paul was the piano accompanist of many live-streamed concerts with the collective Proud Songsters (still available online), and also accompanied baritone Jamie W. Hall on a CD recording of Die Schöne Müllerin recently released on Convivium Records. He enjoys tweeting angrily as @LonOperaCoach.

Martyn Noble is Sub-Organist at Her Majesty’s Chapel Royal, St James’s Palace, Musician-in-Residence and Teacher of Piano at Highgate School, Piano Accompanist and Teacher of Organ at the Royal College of Music Junior Department and Accompanist of Concordia Chamber Choir, Dulwich. In the UK, he has given organ recitals in places such as Buckingham, Hampton Court and St James’s Palaces as well as Canterbury Cathedral, York Minster and both Cathedrals in Liverpool. He has also played in Paris, Leiden (Holland), Budapest, Brussels, Germany and Northern Ireland.

As a piano accompanist, he has accompanied for professors and students at the Royal College and Royal Academy of Music, the Royal College of Music’s Chorus and for Music Festivals such as the Leeds Lieder Festival and the British Isles Music Festival which took place in Charterhouse School, Godalming. Last year, he was also fortunate enough to play second keyboard for the UK tour of Miss Saigon at the Alhambra Theatre in Bradford and the Theatre Royals in Plymouth and Norwich.

Martyn has appeared live on BBC Radio 3 and BBC Radio 4, has recorded for Novello and for choral CD’s with Priory and Signum Records, and also plays annually for ClassicFM’s broadcast of “Carols from Buckingham Palace” which airs immediately after Her Majesty’s speech on Christmas Day.

Peter Smith was born in South London, where he still lives. He attended Raynes Park Grammar (now High) School, and Trinity College of Music, where he was a Junior Exhibitioner. His education continued at Sidney Sussex College, Cambridge, where he read Modern Languages and Music; his music teachers included David Willcocks, Richard Marlow, Philip Radcliffe, and Peter Tranchell.

He spent most of his adult life working as an accountant, and his career included spells at the Royal Opera House, the Royal College of Art, and as Finance Director of a charity run by the Freemasons (though not a Mason himself). He retired in 2016.

In 1976 he founded what is now Wimbledon Chamber Choir, of which he is still the conductor. During its existence, the choir has performed a huge variety of music, both with and without accompaniment, including a number of Peter’s own compositions. In 2016 the choir celebrated its 40th anniversary with performances of Tallis’s 40-part motet Spem in Alium.

Peter Smith is also an organist, and plays the T. C. Lewis organ in Christ Church, Clapham. He is married with one daughter and three cats.

Viner’s music has received many accolades. Whilst an undergraduate, he won the Ebor Organ Prize and was awarded first prize in the Royal Northern Sinfonia’s Mozarts of Tomorrow competition. After graduating from York with distinction, he was appointed Artist in Residence with Sage Gateshead’s Young Sinfonia and was also commissioned to write the closing piece for the Brundibár Arts Festival. In 2017, during his time in Oxford, Viner won first prize in William Howard’s Love Song composing competition with ‘Herz an Herz’, chosen from 152 compositions submitted anonymously from 61 countries.

In 2017 he was also awarded The Henfrey Composition Prize, as well as the prestigious National Centre for Early Music Young Composers Award for ‘Prayer from Afar’, which was performed at Bridgewater Hall by the Tallis Scholars and broadcast on BBC Radio 3. In 2018 he was commissioned to write pieces for Choir & Organ Magazine, Orchestra for the Earth, Borough New Music, Northern Praeclassica and internationally renowned pianist Jakob Fichert. In 2019 he has had performances by the Royal Tunbridge Wells Symphony Orchestra, the Chapel Choir of Selwyn College and the Gromoglasova duo, who premiered his duet, ‘Riffs on Seven’, in Moscow. 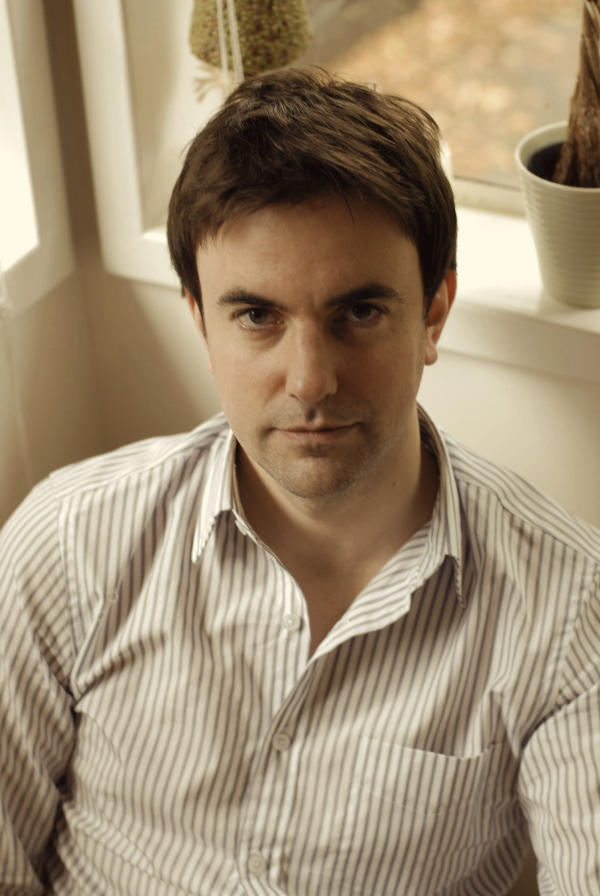 Matthew Martin read music at Magdalen College, Oxford and later studied at the Royal Academy of Music, London where he won all the major organ prizes and the DipRAM - the Academy’s Premiere Prix in performance. An award-winning composer, he is the Director of Music and a Fellow at Keble College, Oxford where he conducts the choir and teaches academic music within the College and University.

Matthew’s music is rapidly gaining him an international reputation. His “spikily dynamic style of composition” (BBC Music Magazine) has led him to be commissioned to write for many prominent ensembles, most recently The Tallis Scholars, the choirs of Westminster Abbey, St Paul’s Cathedral, St John’s College and Clare College, Cambridge. In 2014, he was commissioned by The Genesis Foundation to write a new setting of the Stabat Mater for The Sixteen. He won the Liturgical category in the 2013 British Composer Awards and, in 2014, a disc of his choral music was released by the choir of Magdalen College, Oxford on the Opus Arte label. He recently had a new Trumpet Sonata commissioned by the 2015 Cheltenham Music Festival as well as a set of Lamentations premiered The Tallis Scholars and a cycle of Sonnets of Petrarch for Marcus Farnsworth performed during the 2016 Three Choirs Festival in Gloucester. Composition plans for 2017 include a large-scale work for The Gabrieli Consort, a re-imagining of Guerrero’s Ave Virgo sanctissima for Ora Singers and a festive anthem to mark opening of the new organ in Manchester Cathedral. Matthew’s works are published by Faber Music.

From 2001 to 2004 he was a pupil of the late Marie-Claire Alain in Paris; in 2005 he was elected an Associate of the Royal Academy of Music. Matthew has held positions at New College, Oxford, Canterbury Cathedral and Westminster Cathedral where he was the Assistant Master of Music from 2004 until 2010. Since 2001 he has been involved with the annual Edington Festival of Music within the Liturgy where he is director of the Nave Choir. From 2000 until 2002 he was Director of Music at the University Church, Oxford. From 2011 until 2015 he was Organist at The London Oratory.

Matthew is well known as a soloist and has performed at the Cheltenham, Spitalfields and South Bank festivals, as well as more recently further afield in Miami and Uppsala, Sweden. A regular organist for The Sixteen, his first solo recording on the historic Ralph Downes-designed organ of The London Oratory has been received with critical acclaim.

Nicholas O’Neill was born in Cheltenham in 1970. His music has won the 2012 American Guild of Organists Marilyn Mason Award for Organ Composition, the 1992 Norwich Festival Composition Competition and the 1993 Gregynog Young Composers’ Award. He shared the Barbara Johnstone Composition Prize in 1995 and has been shortlisted for the William Mathias, Cornelius Cardew, Oare String Orchestra, Purcell and Vocalis composition awards. Recent commissions include works for Exeter College, Oxford, the Lloyd George Society and the Magna Carta 800 Committee. O’Neill is Composer in Residence to the Parliament Choir and the Academy of Saint Cecilia. 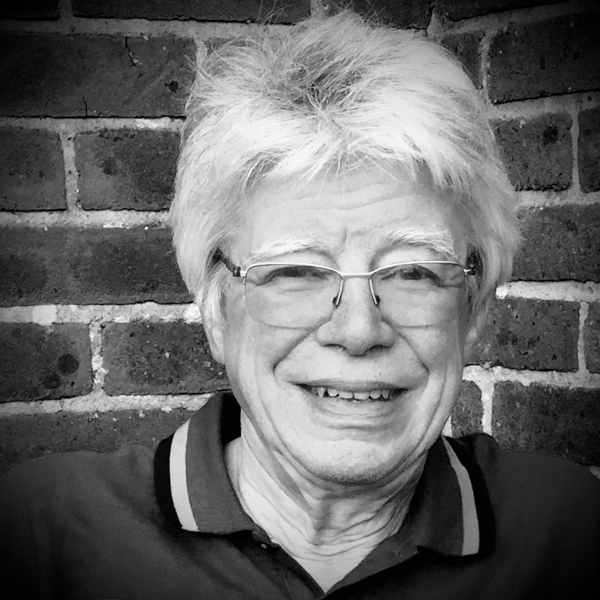 The music of Sebastian Forbes found its focus through a series of chamber works in the 1960s. These include the Piano Trio (1964) which, as Conrad Wilson wrote in The New Grove (1981), “established him as a composer of intellectual toughness”, and culminated in a joint share of the 1969 Radcliffe Award with his first String Quartet, “a landmark in an exciting maturity” (The Strad).

Significant commissions followed, including orchestral works for the BBC Proms and the Edinburgh Festival, and pieces for leading recitalists and chamber music groups. He was awarded the Cambridge MusD for Composition in 1977. He has often conducted performances of his music, including his Sonata for 8 at a “Round House” Prom in 1979 and abroad – “a beautiful and thrilling work, with a fine sense of colour … a really attractive piece, very well performed by the Nash Ensemble under the positive direction of the composer” (The Times).

Sebastian has continued to compose for orchestras, ensembles, recitalists and choirs, including two evening canticles settings for Christ Church Cathedral, Oxford. Among works recorded on CD are Triple Canon for trumpet and digital delays (1988) and commissioned works for Bristol and Ely Cathedrals (1991 and 1995). Significant among more recent works are Sonata-Rondo for piano, the fourth and fifth String Quartets, and Interplay 2 for four pianists (two pianos), all of which exemplify his characteristic “subtle harmonic plotting” (Revised New Grove, 2000).

Sebastian is Professor of Music at the University of Surrey (Emeritus Professor from 2006). His teaching covers a wide range besides composition, and in addition he is active as a conductor, organist, and CD producer.