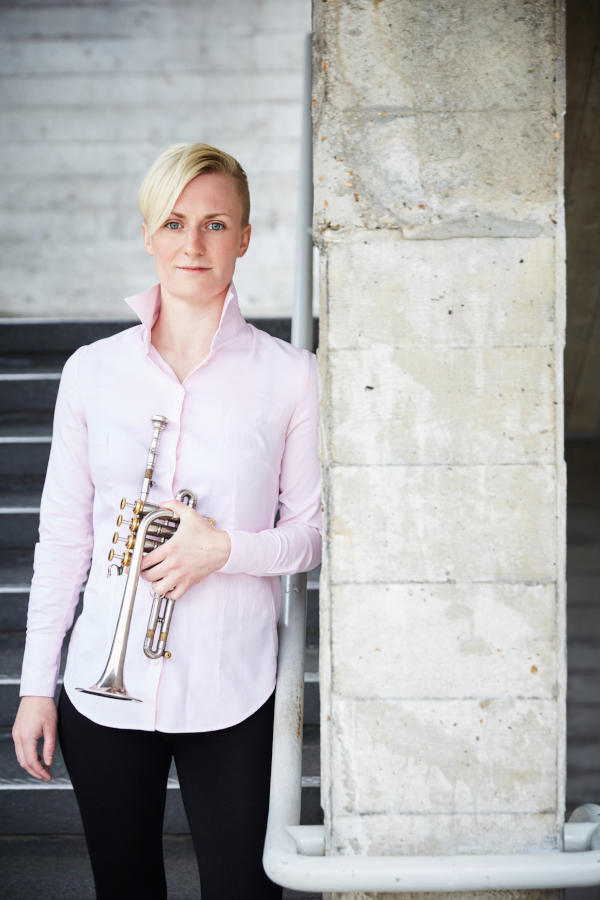 Originally from Ware, Hertfordshire, Ellie Lovegrove grew up in a musical family and started the trumpet aged 7. She later played principal trumpet with the Hertfordshire County Youth Orchestra, and went on to study with Paul Benniston and Micahel Laird at the Royal College of Music.

As a soloist, Ellie has performed Shostakovich Concerto No. 1 at St John’s, Smith Square, London, and her trumpet and organ duo with Richard Moore has given recitals at St Paul’s Cathedral, Fairfield Halls Croydon and St Martin-in-the-Fields. Together they released their first album, Illuminations, Dances & Poems, on Convivium Records in 2017. Ellie recently visited the Far East, where in addition to giving Masterclasses, she performed a recital in Hong Kong, and World Premieres at Nanyang Academy of Fine Arts, Singapore.

As a freelancer, Ellie performs with a large variety of orchestras, including the BBC Concert Orchestra, BBC Scottish Symphony Orchestra, English National Ballet, and Britten Sinfonia. As a chamber musician, she has performed at The London Handel Festival on period instrument, and regularly performs with brass quintet Chaconne Brass in recitals and recording across the country. Commercially, Ellie reguarly plays for Les Miserables in the West End, London, and has recently played for West End productions of Chicago and Don Quixote. In addition to performing, Ellie teaches at the Junior Guildhall School of Music.