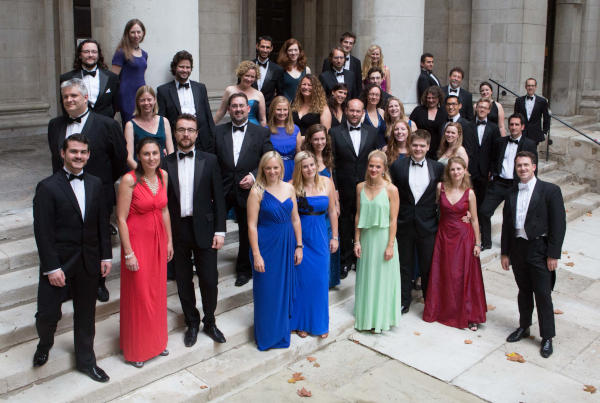 The Epiphoni Consort was founded in 2014 by Tim Reader to fill a gap between the amateur and professional tiers of London’s choral circuit. Its membership is made up of singers who perform to a professional standard but have other full­time careers. The group has won awards in Tenebrae’s prestigious Locus Iste Competition and in the London A Cappella Choir Competition, and has appeared on television on the BBC 4 documentary The Joy of Rachmaninov and the BBC 2 documentary Terry Pratchett: Back In Black, singing Tallis’s forty-­part motet Spem in alium.

The choir’s debut CD, Sudden Light, was released on Delphian Records in 2017 to critical acclaim from Gramophone, Choir and Organ Magazine, BBC Radio 3 and BBC Music Magazine. Recent performances have included Bach’s Mass in B Minor and Singet dem Herrn with City of London Sinfonia, Beethoven’s Symphony No. 9 with Southbank Sinfonia, and a concert performance of Ravel’s ballet Daphnis et Chloé with Kensington Symphony Orchestra.

Works performed by The Epiphoni Consort

Festival performances by The Epiphoni Consort

Recorded performances by The Epiphoni Consort